Finance Challenge sponsored by the TEXAS COUNCIL ON ECONOMIC EDUCATION

You can't read the news without seeing why a fundamental understanding of economics and finance is so important to the future of our youth and our country.

The admonishment of Arthur Levitt, former chairman of the New York Stock Exchange, that “the American economy is the eighth wonder of the world; the ninth is the economic ignorance of the American people,” is true.

Lou Harris and Associates recently polled and documented the extent of economic illiteracy among high school students and adults. The poll revealed that:

Nobel Laureate in Economics James Tobin who, in 1981 said, “High school graduates will be making economic choices all their lives, as breadwinners and consumers, and as citizens and voters. A wide range of people will bombard them with economic information and misinformation for their entire lives. They will need some capacity for critical judgment.”

A goal of the Texas Council on Economic Education is to promote economic and financial literacy. The Personal Finance Challenge supports this goal by creating a fun incentive for students to take ownership of their education, their choices and their future. 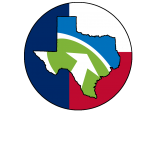